CLOTHES WITH A MESSAGE

On July 16 in South Park we organised an improvised flash mob with clothes that had something to say to every passer-by. We selected cool pieces, put tags with messages on them and hanged them on the tree branches. People were passing by and couldn’t quite understand what was going on. Many didn’t dare take a piece just because they are not used to receiving without giving something in exchange. The place wasn’t randomly picked, we had something to say – when we buy wisely and only the necessities, we fight against overproduction and take care of the environment. This is why you will more often hear us use expressions as “sustainable fashion”, “slow fashion”, etc. 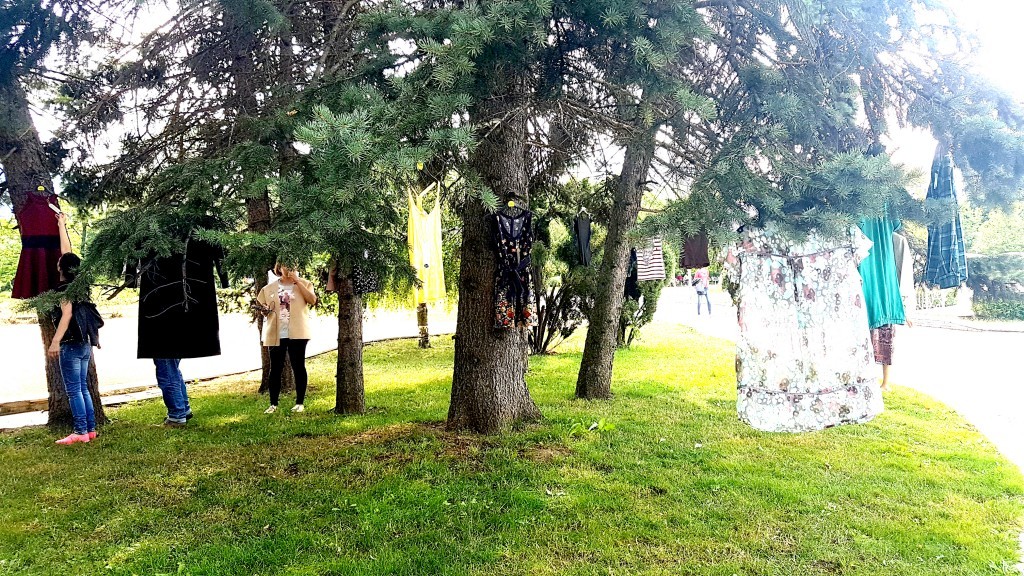 All clothes had tags with their stories written on them. Messages aimed at the public. Everyone could read the story and if he felt it close to his heart, he could take the piece home. Here are some of the stories. 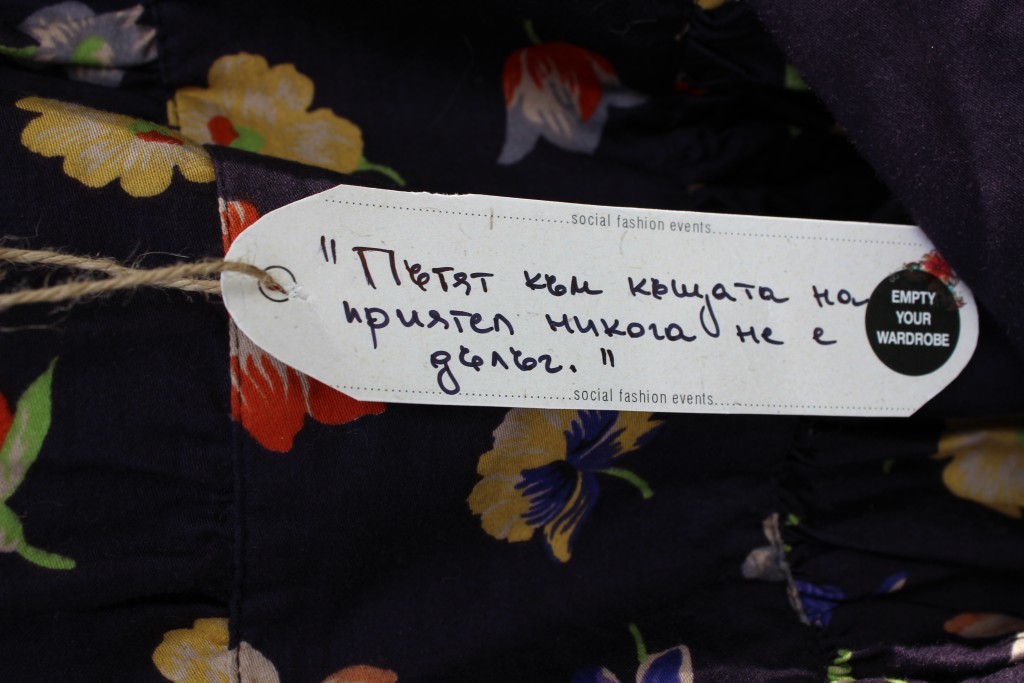 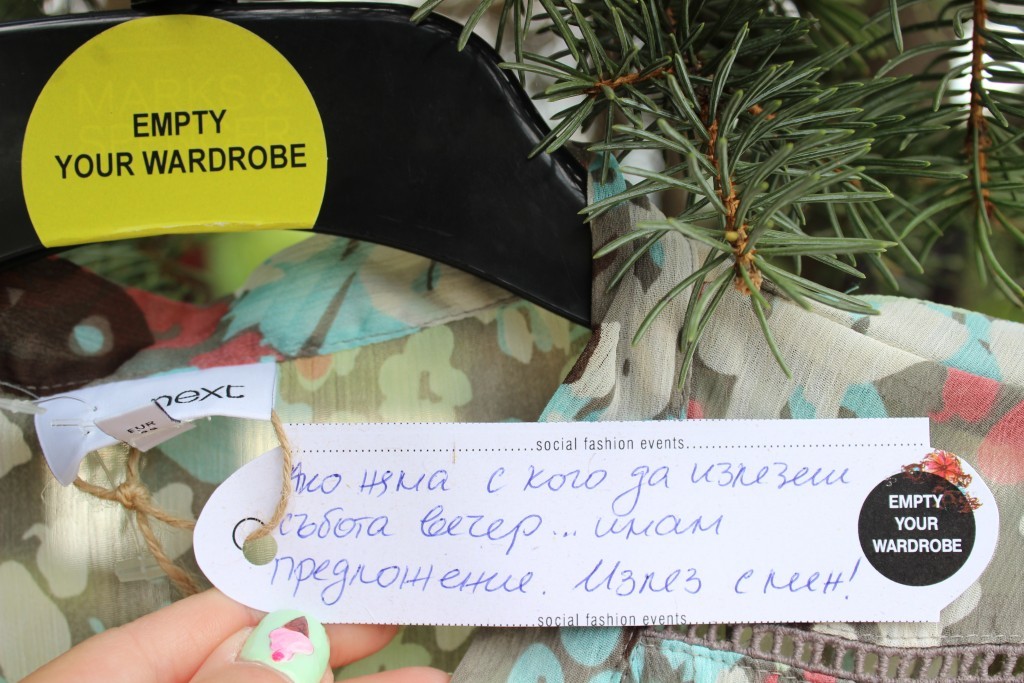 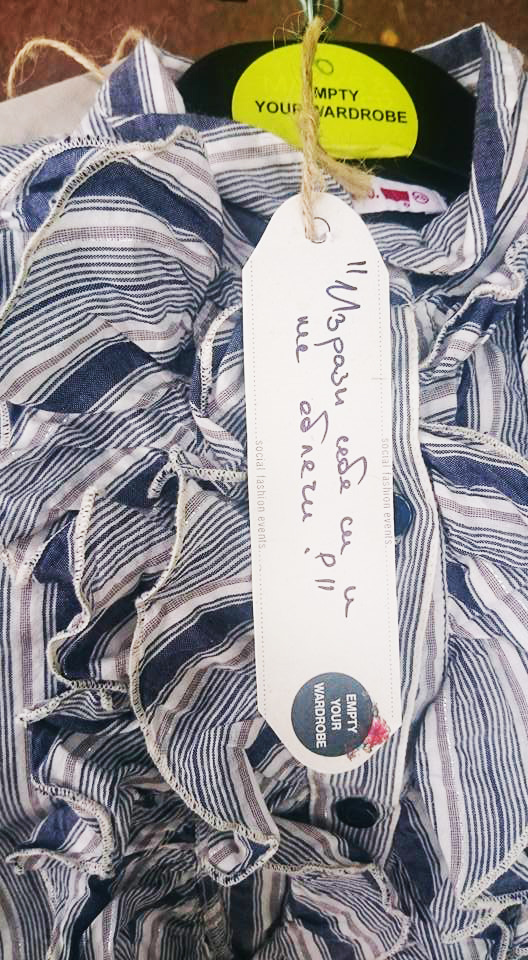 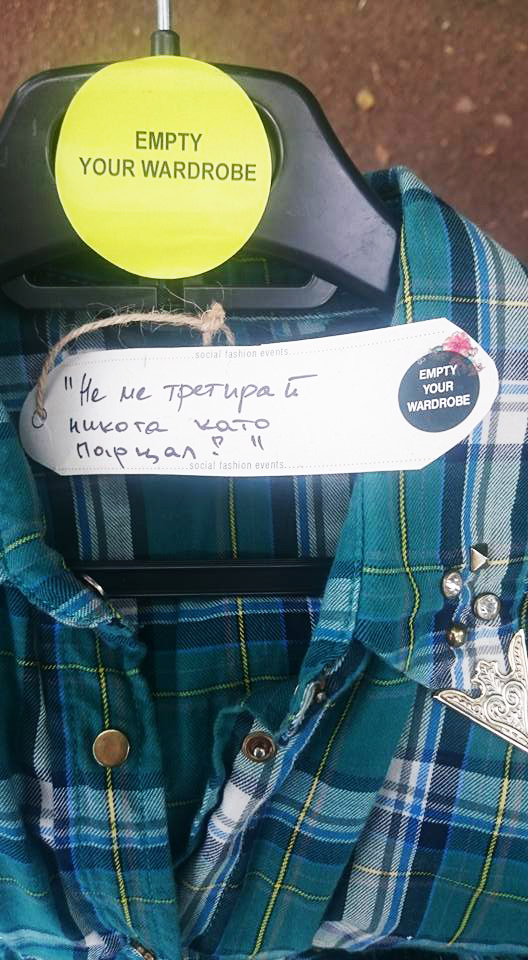 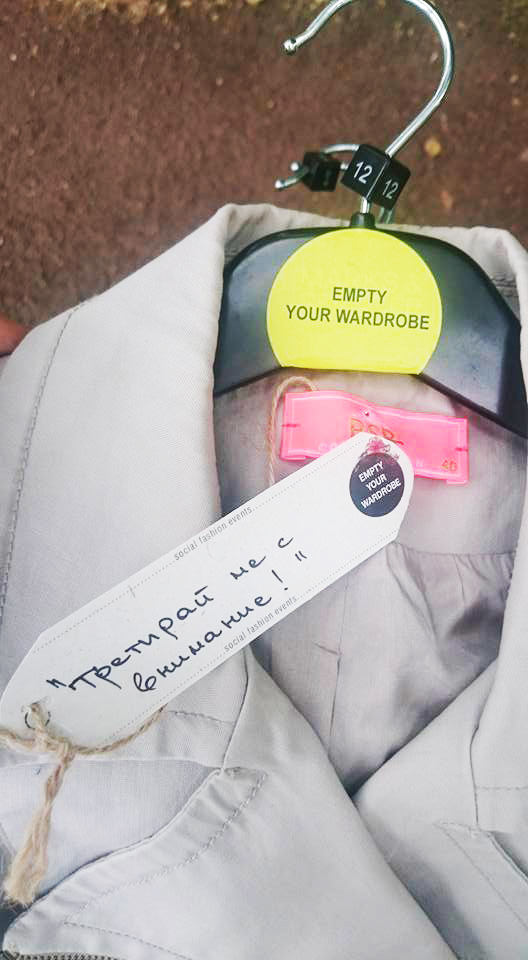 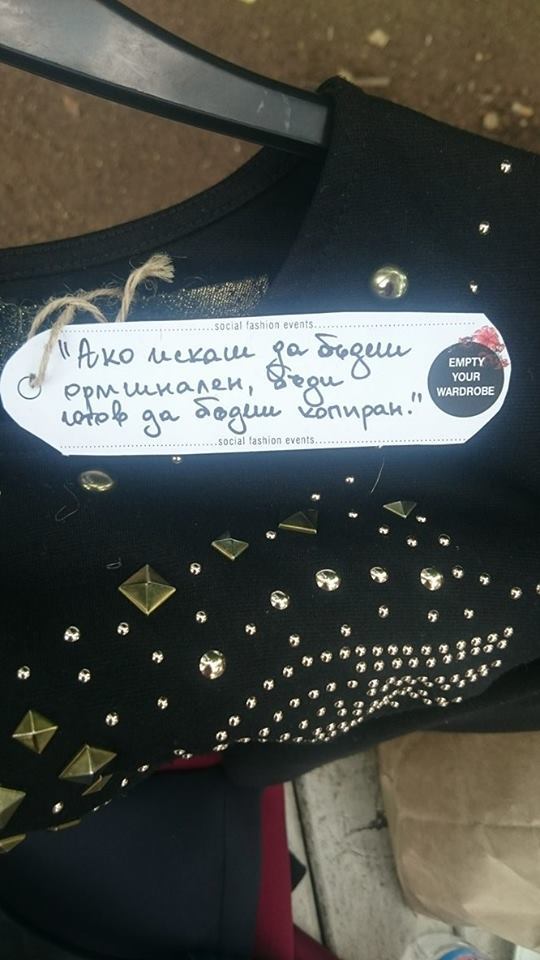 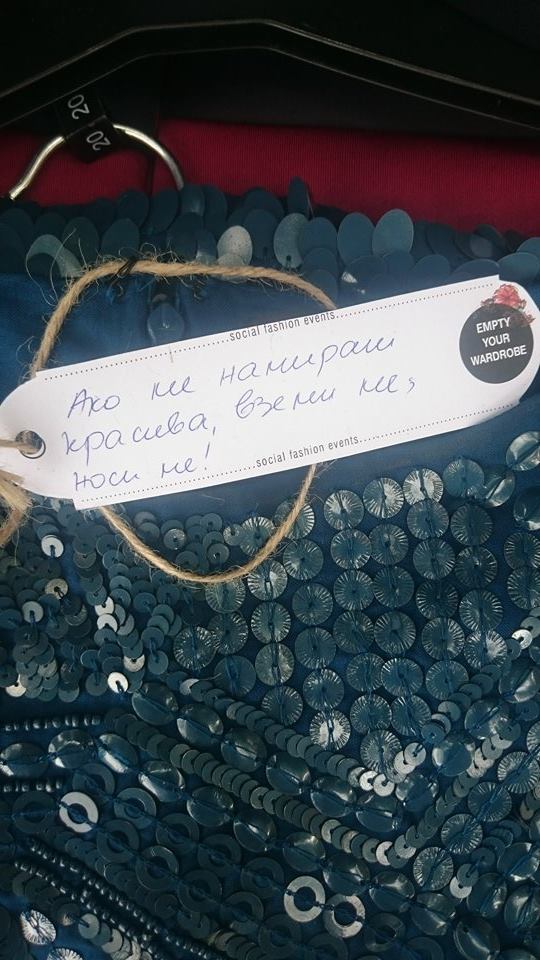 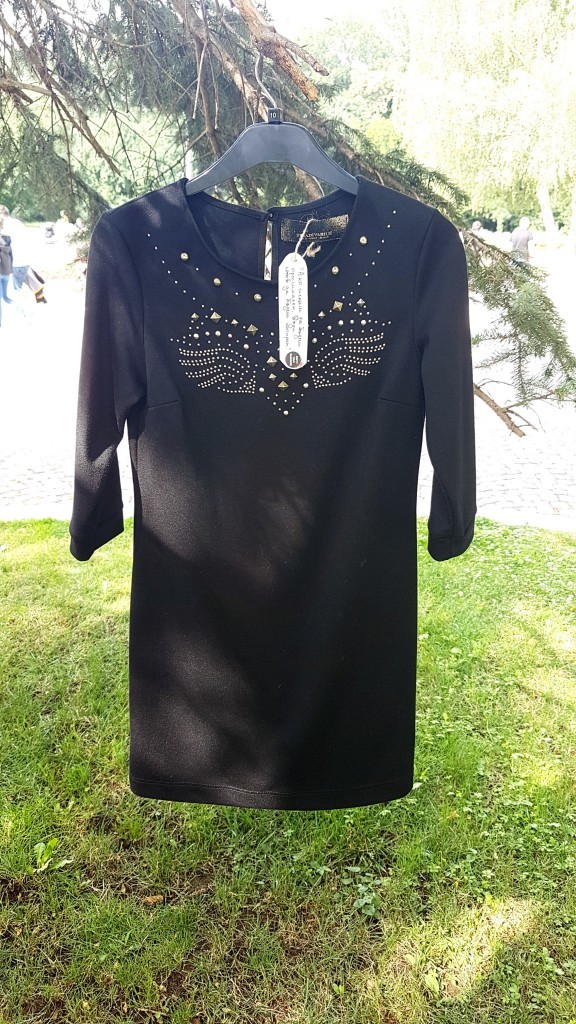 We wanted to impress on people that clothes are not just a useless piece of textile that we wear because we have to, but a living organism. They have memory and life. We want next time you decide to throw away something to ponder if there isn’t something else, something better that can be done with it. For example, give it away to someone in need, combine it with an accessory to freshen it up or just bring it to one of our events and swap it for other clothes to love.

VIDEO FROM THE FLASH MOB

People were happy to go home with new attire and we were happy that clothes got a second life and could stay on the path. 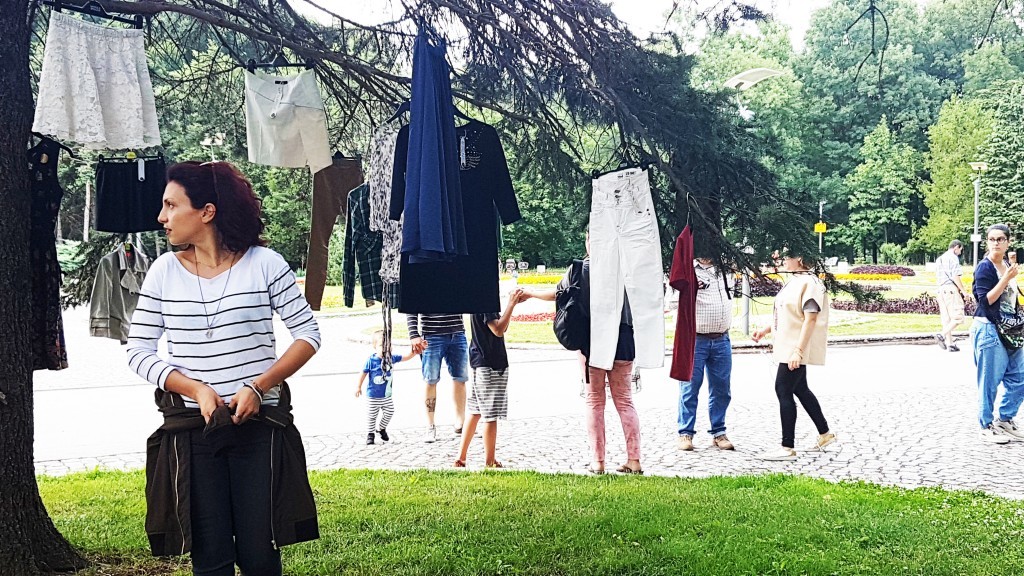 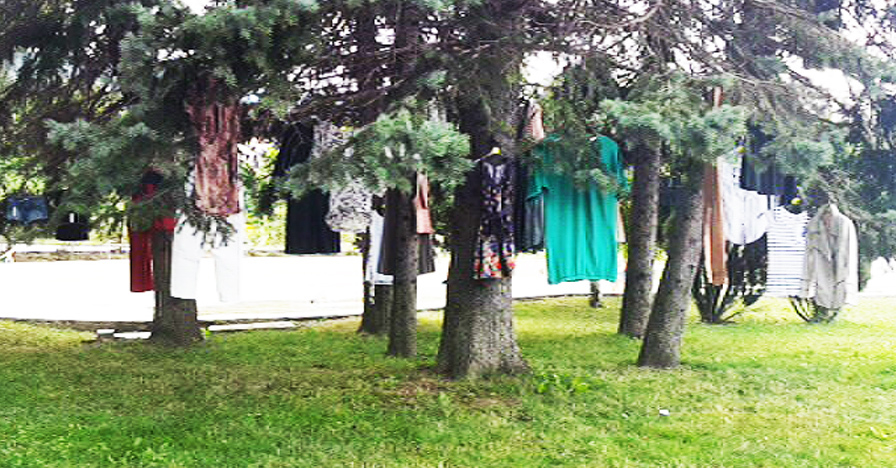 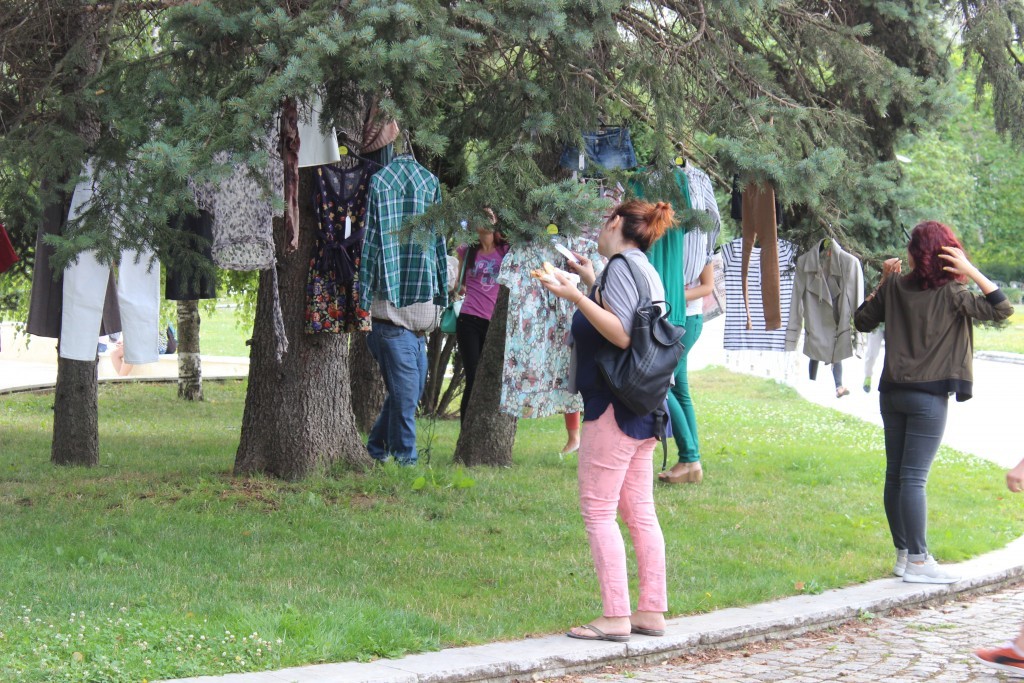 The event was organized from EMPTY YOUR WARDROBE